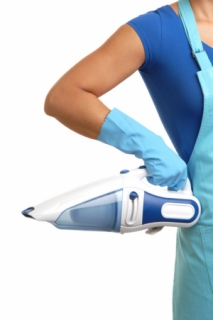 When it comes to cleaning the home, the oven is often one of those paces which is difficult to get exactly right. With so many special tools and products often used in the cleaning process, it is not nearly as simple as just wiping a cloth over some anti bacterial spray. As such, it is not uncommon for many people to turn towards professional help in order to get the best results and when it comes to making sure that you oven is clean between visits from these professionals, it can help to double check the items and foodstuffs which you are cooking in the device. Read on to discover the top five items which can really affect the cleanliness of the interior of your oven. PizzaPizzas bought from the supermarket can be remarkably easy to cook. This has led to them becoming a household favourite with many people simply choosing to pop a pizza in the oven when it comes time for tea. But the interior cleanliness of the oven can often be affected by this routine. The cheese which gives the pizza its people-pleasing popularity is often to be found dropping – melted – ontp the base of the oven. Here is baked into place and it could be a long time until it is notice and a longer time still until it is cleaned. BaconFor many people, the oven is more than just a big warm box. Many people use the grill feature which is present in so many models. One of the primary foods which is cooked using this method is bacon. Rather than frying it is a saucepan, the opportunity to use the oven to grill your bacon can be an easy solution which produces great and tasty results. However, one of the most noticeable off shoots and results of cooking bacon is the grease. While this is likely to stay in the pan when frying, you can run the risk of the grease dripping in and around the oven when it comes to your grill and grease can be very tough to shift. CakesAs one of the most exciting uses of an oven, the ability to bake all manner of cakes is up there with the most popular uses. However, despite how fun the process of creating hundreds of tiny cupcakes can be, it can also result in an untidy oven. This is particularly true when it comes to baking large batches, with the oven on for a longer spell of time and the cake mix dripping over the side of the containers. This can lead to the run off becoming stuck to the inside and being difficult to shift. FishOne of the main advantages of cleaning an oven is that you are able to get rid of more than just the visible dirt. The process of cooking fish in an oven can often lead to a wide variety of scents and smells wafting through your home. It can be difficult to get rid of these odours from your oven without a proper clean and when the cooking of fish goes wrong, the smell can be very annoying. A good clean will help to shift the scents which can build up inside. Anything forgottenPerhaps the worst thing to try and clean from an oven is an item which you have forgotten. We’ve all done it: put something in the oven, gotten distracted and come back a while later to find that the promising shepherd’s pie has turned into a pile of burnt carbon. Forgotten foods quite often force an oven cleaning of their own accord.


05 April 2014 Using Coke To Clean A Toilet
When it comes to cleaning the bathroom, many people naturally turn either to... →
12 March 2014 Are You Moving House? Here...
When you’re planning to move into a new home then there are lots of... →
08 January 2014 The Student Guide To Doing...
Being at university, there are a lot of things you’re expected to know... →